And they're not off - but Boatshed.com parties on
Saturday, 17 November 2007

And they're not off - but Boatshed.com parties on 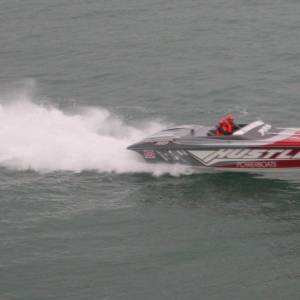 The November weather and the visibility put paid to the Boatshed Isle of Wight Challenge but this didn't deter 50 powerboat racers, their support crews and family from giving us all a spectacle as they hurtled past at 40 knots. And the event was big enough to warrant a special message from the Queen's Harbour Master based in Portsmouth that the Boatshed.com challenge was taking place today. Hopefully not many ships in the area missed it!

To entertain ourselves we sent a journalist up the mast, wound up the dogs, had breakfast (thanks Boatshed Mandy) and enjoyed the 49 foot Jeanneau chartered for the occasion. At one point, we had no less than 20 people onboard and with the flags flying, the Boatshed Hamble RIB alongside and several speedy racers flying past, the party atmosphere totally belied the conditions.

Boatshed.com was out in force to welcome the intrepid powerboaters to the Cowes Corinthian Yacht Club to warm them up with soup and rolls and to at least give a wry smile about the Great British Weather. The Challenge was all about raising money for Ben Ridd's continuing treatment following a powerboating accident. He and his family came to the warm-up lunch along with P1 powerboater Vee Ganjavian and loads of hardy racers.

(Photographs by Tim Talbot-Johnstone and Chris James - thank you both) 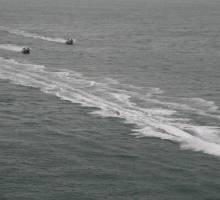 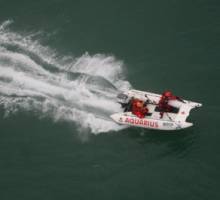 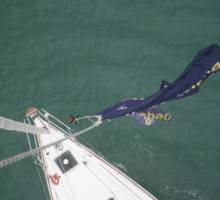 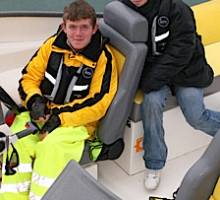 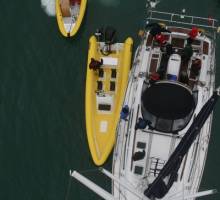 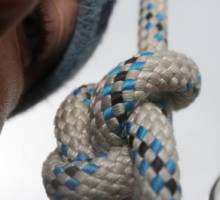 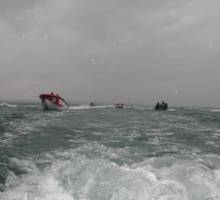 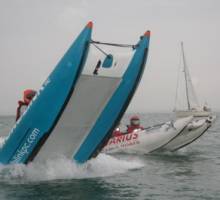 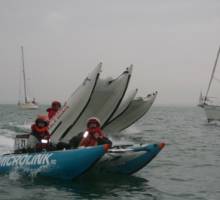