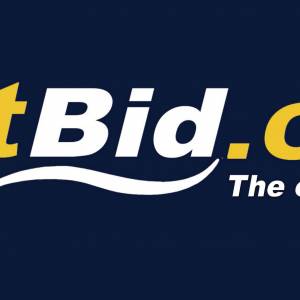 As the first day of bidding comes to an end, we thought it would be interesting to catch up with Neil Chapman, MD at Boatshed.com to find out how the auction is panning out.

Boatshed: So - how's the bidding?

NC: It's happening! It is really great to see the system working so well after we have been seriously developing it for six months. Feedback is showing that the BoatBid.com system is really simple to use and this is being borne out by the bidding wars that are happening on some boats.people registering today (we're up to 72 now) and the bidding is working

Boatshed: So which boats are being bid on?

NC: It seems to be sailing boats at the moment which isn't that surprising as there are a lot of yacht enthusiasts here today. From a 24' Waterwitch up to a Jeanneau Sun Odyssey 42 there is definitely a lot of interest out there. And what is so gratifying of course is that the BoatBid auction is opening up the possibility of boat ownership to a whole new set of people, particularly those who thought that their dream boat might be out of their reach.

Boatshed: How many boats will sell today?

NC: We can't definitively say at the moment because although the bidding is live, the actual sales process only starts once the reserve price has been met and the brokerage system starts. This is actually one of the great benefits of BoatBid.com of course because people can be sure that after their winning bid is accepted, the boat is sold subject to survey and, if the buyer wishers, sea trial as well. We will have a greater sense of how many boats have been sold at the end of the auction and once our brokerage service kicks in.

Boatshed: So are you looking forward to doing it all again tomorrow?
NC: Most definitely! It is great too how many people are dropping by the stand to look at the catalogue and to talk about boats. Obviously everyone wants to talk about the state of the market, the show and how they can get a bargain on the boat that they want so we are happy to entertain them. As it nears 5pm we are opening bottles and preparing for the first Fizz @ Five at the Sail, Power and Watersports Show.

Also, in terms of development for Boatshed, it appears that BoatBid.com has been roundly welcomed by everyone in the industry - for innovation, to generate interest in boats and because it gives people a good choice of boats to bid for. We know that the Boatshed system works (279,000 registered users tells us that!) and now it seems our newest technological advancement works too. Great news for all boaters and our 72 offices across the world. 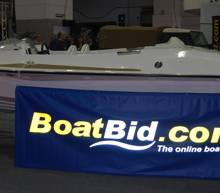 Stop me and buy one (or at least bid!) 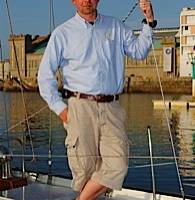