Boatshed Brokers - We Salute You 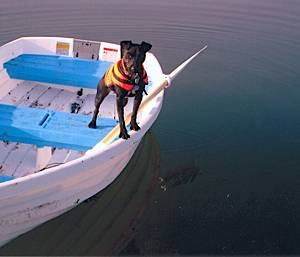 Boatshed- its the dogs!

As if it wasn't enough becoming a Boatshed broker, running your own business, meeting new and interesting people every day and getting a chance to view, document and understand boats from all over the world, now it seems that Boatshed brokers can also expect praise and laudations to be heaped upon them (presuming they do a good job of course!)

Boatshed Essex click here has received compliments and a great deal of thanks from a fairly knowledgeable seaman - Admiral Sir John Woodward GBE KCB recently bought "Nemo", a Merry Fisher that he is hoping to use around the coast near Chichester. Admiral Woodward was so impressed with Steve from Boatshed Essex and his (and I quote) "pleasant, prompt, accurate, businesslike, meticulous and above all helpful" attitude that he took the time to write in to HQ. One for the wall Steve?

Boatshed Sussex click here has recently sold "Knight of Stromness", a Versatility 25 to Michael Griffin who was so impressed with his purchase that he had to buy a dog to go with it! Photos that were sent in by Michael of the dog aboard the tender can be seen above. Ed Leckie is singled out for particular praise and "everything went without a hitch" according to the letter received.

Boatshed Cowes click here has also had a storming couple of weeks, managing to sell a boat that had been languishing on another's books for over a year. Frank also received praise from the seller of a boat - Peter Foister wrote and said Frank was "businesslike and professional and communicated well throughout and ... had full confidence that 'Goosander' would indeed be sold" (which indeed she was).

It seems we continue to grow our fan base ;-) 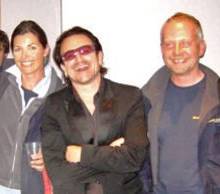