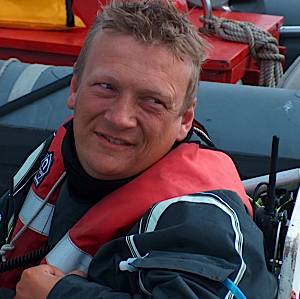 The Boatshed Hamble RIB (and Skipper Peter Delbridge) were on hand today to welcome home quadriplegic sailor, Geoff Holt from his record-breaking voyage around Great Britain. The RIB was put into service as the press boat making sure that the photographers and journalists were as close to the action as possible. Peter Delbridge skillfully manoeuvred the RIB so that the media were in exactly the right position to capture Geoff as he crossed the finishing line and the resulting shot was soon beamed to newspapers around the world.

Boatshed was asked to be involved in the historic day by the Royal Southern Yacht Club (RSrn YC) and it was an honour to be there and to be one of the first to congratulate Geoff. His first words after completing the record breaking 1,600 mile sail were “I can’t wait to get out of this drysuit” followed soon after by “I am so touched by all the people that have supported me.” Later in his speech at a reception hosted by the RSrn YC, Geoff spoke of the overwhelming support he had received throughout his voyage and his hope that others too will be inspired by what he has achieved. He has set the record for the first disabled sailor to sail around Great Britain, setting off on 20th May from RSrn YC and returning today, 5th September to the point where he started. 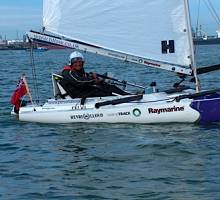 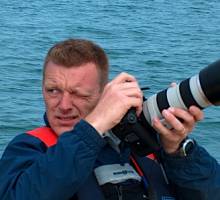 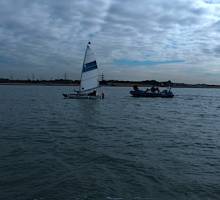 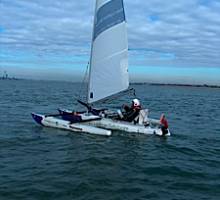 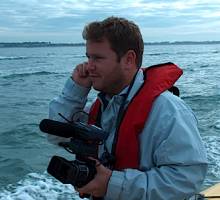 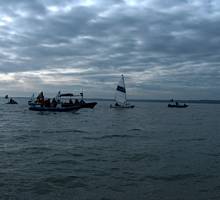 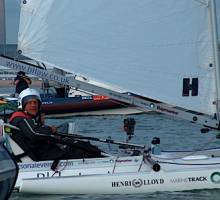