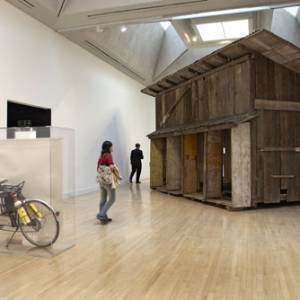 The 38-year-old, who was shortlisted for his exhibitions at The Modern Institute, Glasgow and the Fundació Joan Miró, Barcelona said he was flabbergasted to win the £25,000 prize.

Starling's creation, called 'Shedboatshed (Mobile Architecture No 2)' was originally a wooden shack in the Swiss town of Schweizerhalle; Starling took the shed apart, turned it into a boat, paddled it seven miles down the Rhine to Basel and then rebuilt it.
Starling said Shedboatshed was "a bit of mobile architecture"
"It's an attempt to make an artwork, which is very ergonomic and easy on the environment. It's a very simple idea."

Commenting on the prize, Razia Iqbal the BBC News arts correspondent asked "Can a shed be art?"

What does Neil Chapman Chairman of Boatshed.com think?
"Simplicity, Ergonomics, Easy to use, All the things I believe in, plus it looks great! Well done Mr Starling"

Pictures and information courtesy of BBC and Turner 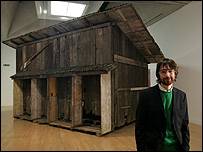