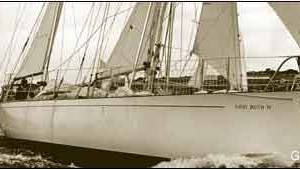 The world famous Gypsy Moth IV that took Sir Francis Chichester on his historic circumnavigation will be returning to Plymouth for the 2nd homecoming 40 years to the day.

To mark the occasion local residents and visitors to the city are being invited to dust off their flares and hippy gear and turn up in 1960s fancy dress to give the boat a massive Bank Holiday Monday welcome home.

There will be a real party atmosphere, with an entertainment stage and giant 40 square-metre screen showing archive footage of Chichester’s 1967 arrival, as well as live coverage of Gipsy Moth sailing into view in Plymouth Sound and its approach to the Hoe. The South West Film and Television Archive has kindly loaned the Chichester and other nostalgic film footage, including 1967 clips of Plymouth Argyle, fashions and general interest items.

To learn more about this amazing project and man take a look at the links below on the official site.

Plymouth Sound will host the on-stage entertainment, which will include a 1967 fashion show, competitions and contemporary music. Award-winning tribute band The Fab Beatles will be playing two 40-minute sets, one set in pre-1967 ‘mop top’ costume and the other in Abbey Road outfits, to headline the entertainment programme.

Maritime Plymouth is helping to organise the event and is bringing together a maritime village on the Hoe to showcase the many maritime industries and maritime leisure companies in the city.

The event promises to be a fantastic day on the Hoe for all the family and is one of the highlights of a spectacular curtain-raising weekend launching the Plymouth Summer Festival, a three-month programme of local, national and international maritime, music, arts and city centre events taking place over the summer.

Gipsy Moth IV is expected to sail into Plymouth Sound at around 2.00pm, escorted by the same Gypsy Moth bi-plane as accompanied Chichester in 1967, and a flotilla of boats including Boatshed Plymouth

Hats go off to all involved in this huge restoration and voyage.
Isle of Wight, Yachting Monthly, UKSA, BT & Corum to name but a few hope to see you there! 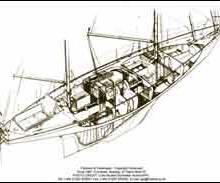