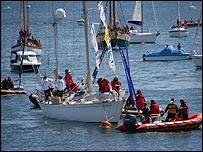 28/05/2007, 1340 hours Plymouth Sound:
sunshine, stiff breeze, sails up, flags flying, Horns ready (the noisy ones), helicopters overhead, bacon and kettle on, engine off heading out to Penlee point ready to greet perhaps one of the most famous and infamous boats of our time on her homecoming from her 2nd circumnavigation.

There couldn't have been a better setup weather wise for her return, many of the sunshine & wind tokens being put in the slot previously the night before!

A fleet of over 100 boats came out to greet her and the crew, with everyone from the local lifeboat to the Scream-it.com racing duo, along with Boatshed Plymouth and Conrad Humphreys on his extreme 40 catamaran all soaking up the atmosphere.

These were great sights from the sea but many thousands more lined the magnificent hoe and West Pier Quay landing spot for the occasion making a very impressive spectacle that must have been reminisant of the original homecoming 40 years ago. Minus the huge screen broadcasting live images and historic footage of the events organised by Maritime Plymouth.

One Plymouth resident remarked while watching Gipsy Moth’s return, that the weather and conditions where remarkably similar to her first welcome back to Plymouth 40 years earlier, which he had been privileged to watch. Throughout the day, the boat’s magical ability to stimulate memories and emotions became more and more apparent. As far as the eye could see, vast crowds lined the streets and shore around the Hoe, all eyes fixed on Plymouth’s famous visitor.

Everyone within the Gipsy Moth Team would like to extend the very warmest of thanks for a truly unforgettable day which was only made possible from the warmth and support that the whole City of Plymouth extended to us, and Gipsy Moth.
The efforts of everyone who took part in today’s celebrations really where the crowning glory of the two years of hard work which went into the voyage.

All said and done a huge thank you and hats off goes out to everyone for what will surely be remembered in Plymouth as a special day by many young and old for years to come and hopefully inspire people with a spirit not often seen.

Asked why he embarked on his circumnavigation in Gipsy Moth IV, Sir Francis Chichester was quoted as saying:

“Because it intensifies life" 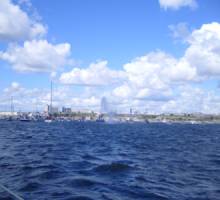 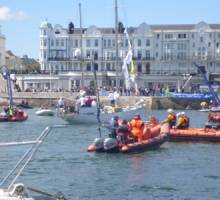 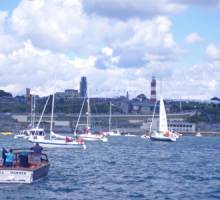 Approach to West Pier Quay with view of the Hoe 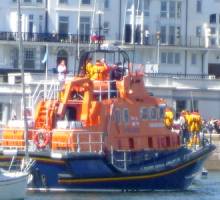 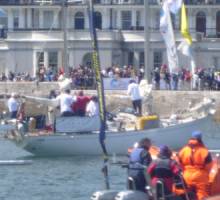 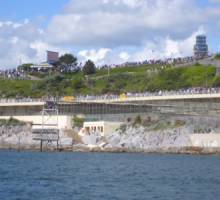 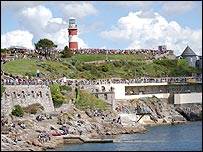 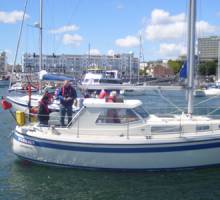