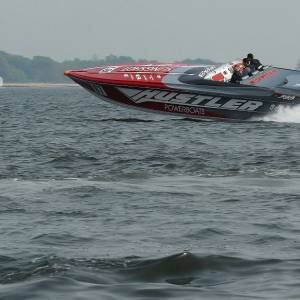 Watch me then buy me!

Boatshed has become the title sponsor of a full throttle powerboat challenge being held to raise funds for a teenager badly injured in an accident two years ago. The event will see up to 20 boats, from P1 powerboats to Zapcats and Thundercats, whizz around the Isle of Wight in a thrilling end to the season.

The challenge, which will take place on 17th November from 10.45am, is being organised by the V24 club. See www.v24club.com for spectator information and entry instructions.

Following the event, Boatshed Cowes will be hosting the drivers and their crews in a "warm-up" reception at the Cowes Corinthian Yacht Club which will also officially start the party for the launch of this new Boatshed office. And if anyone is so inclined, then they can put in an offer for one of the boats, VoomVoom Ltd's P1 Hustler Slingshot currently on the books of Boatshed Hamble