Boatshed.com wets the head of the newest office in style
Monday, 19 November 2007

Boatshed.com wets the head of the newest office in style 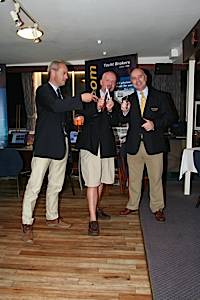 A three Leatherman salute - only at Boatshed.com!

Boatshed Cowes was officially launched on Saturday supported by a whole host of friends, family, colleagues and press at a party to end all parties.

Cowes Corinthian Yacht Club was the venue and, following a decent soaking out on the Solent plus a daring rescue of a small powerboat adrift in the path of a very large ferry, over 100 people passed through the doors to celebrate the launch of Boatshed.com's 44th office.

Frank Gelder is running Boatshed Cowes and was presented with an engraved Leatherman as is the Boatshed.com tradition. (Neil - we could have done with it earlier in the day as we grappled with a pop-up banner but never mind!) The launch party also marked the official handing over of control of the Cowes area from Boatshed Hamble who has been managing the territory for several years and the look of relief on Peter Delbridge's face was palpable - Frank has got very steady hands!

The party continued into the night with good food, excellent company and lots of congratulations on a great day. Earlier, Boatshed.com sponsored a powerboat challenge to raise money for Ben Ridd's continuing treatment - story here

We wish Boatshed Cowes and all who sail with her lots of luck and we look forward to the next time we are invited to the island (but I suspect they may need some time to recover from the invasion).

(Photographs by Tim Talbot-Johnstone and Chris James - thank you both) 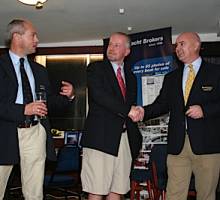 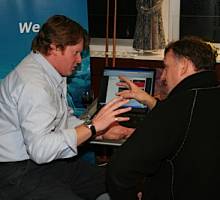 We did some work too 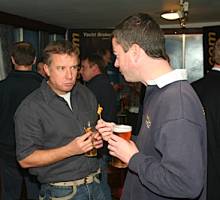 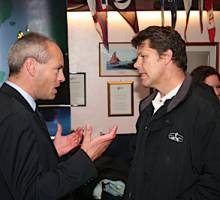 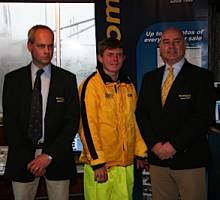 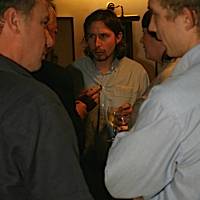 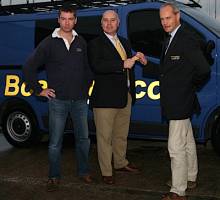