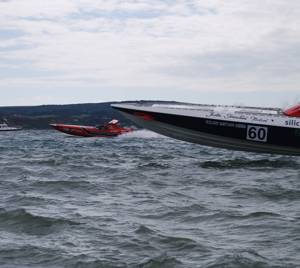 The leaders pass the Boatshed Hamble RIB at close quarters

The combined forces of Boatsheds Hamble and Cowes took to the water on Saturday to witness the thrills of the Cowes Torquay Cowes powerboat race. Organised by the British Powerboat Racing Club, the race saw 37 boats battle it out on this lengthy course.

It was bow to bow back to the Cowes finish with Buzzi – 2hours 18minutes 5 seconds - winning by a mere 4 seconds over his fellow countryman Invernizzi 2hours 18minutes 9seconds. Representing an average speed of 91.01mph for the 184 mile course - the second fastest speed in the 46 year history of the event. 3rd place went to Venture/111 – Andy Macateer, Nick Wilner, Steve Macher & Will Barrett in 2hours 36minutes 7seconds.

James Brooke, MD of the upcoming Sail, Power and Watersports Show at Earls Court, had a great race winning his class in Cougar, his Honda Formula 4-Stroke powerboat. James has recently set a new record for circling the Isle of Wight in this boat so was in jubiliant spirits.

Boatshed took time to catch up with James to talk about BoatBid, the world's largest auction of boats which is taking place at the Sail, Power and Watersports Show in November. Click here for more details. 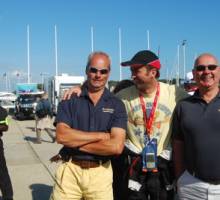 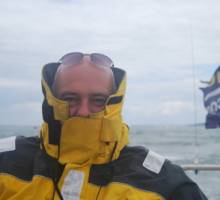 August in the Solent 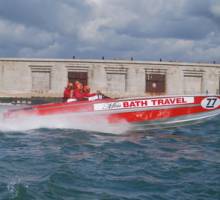 Bath Travel chooses the inside line 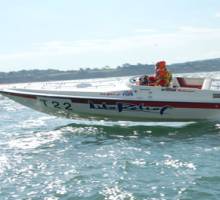 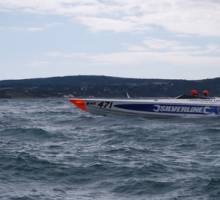 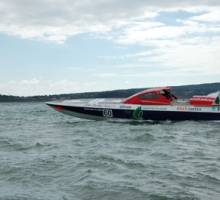