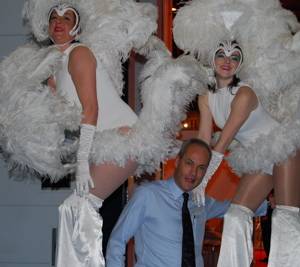 There have been mountain climbing exploits, sailing-legends-in-the-making meetings, plenty of chatting and lots of happy Boatshed.com customers on Day 4 of the Earls Court Boat Show.

Hannah White, who at 22 was the youngest competitor and the only girl in the OSTAR 2002 (that's a really scary offshore race going from Plymouth to Newport, RI), dropped by to say hello and to tell us about her plans for world domination. Obviously we can't share these with you because that would kind of foil the takeover bid, but in the meantime you need to check out Hannah White and pledge your support for her next adventures.

The Earls Court Boat Show has lots of little corners which are not only unusual but are also aimed at every member of the family. Boatshed Hamble took to the climbing wall to show us how he scaled the north face of the Eiger with one hand tied behind his back and the Boatshed Wolf tried her hand on the UKSA's stand which is playing host to the Dee Caffari virtual Aviva challenge. I don't think she will be called up soon to join anyone's race team.

Boatshed.com is still gathering in competition entries to win the signed Kos Sail4Cancer calendar and if you are not able to make it to the Earls Court Boat Show, feel free to drop the Wolf an e-mail with your best nautical joke (wolf@boatshed.com).

But if you are coming to the show, then remember to come and share a glass or two with us at our famous Fizz @ Five event which runs every night of the show on our stand 1G50 (we're near the big red bus). 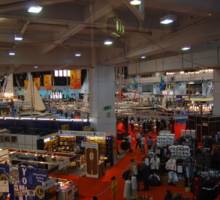 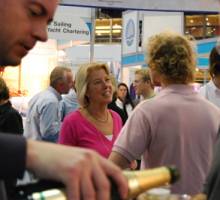 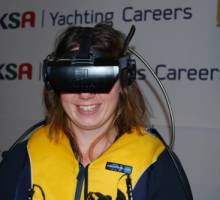 Are you sure you are supposed to be blindfolded for this? 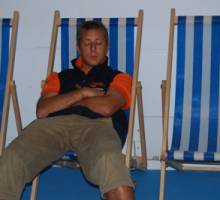 The excitement of meeting the Boatshed.com team is all too much 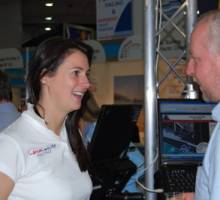 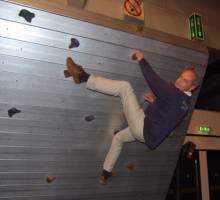 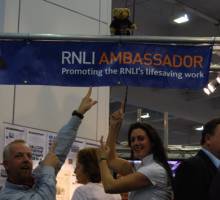 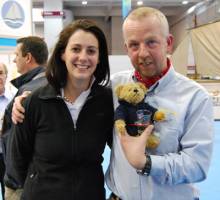 George (the RNLI bear) is corrupted by Neil.....