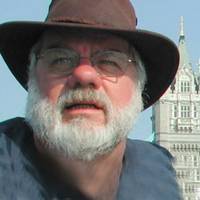 Back in the glory days, before the last recession, when the world was awash with cash and boat shows were held at Earls Court, I first came across Boatshed holding one of their famous Fizz at Five sessions. Their stand was near my Canal Experience Training stand and at the end of a hard day exhibiting, a glass of Fizz (in a plastic glass) was very welcome.

In researching Boatshed a few weeks later, I came across a broker who said that a Boatshed brokerage had proved an ideal add-on to his chandlery business. I wondered then if a brokerage would be a good add-on to my Boat Handling Training. More importantly I wondered whether the Boatshed system would work on the Inland Waterways, given that all existing Boatshed offices were coastal. 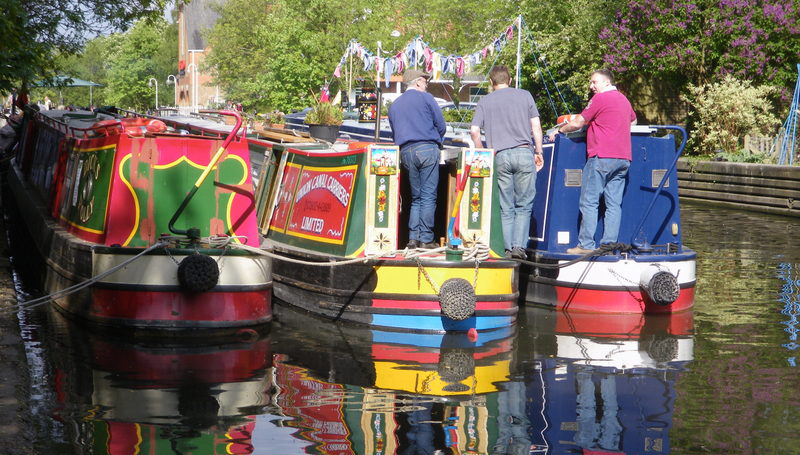 As Shaw once said, England and America are two countries separated by a single language. In many ways Inland and Coastal did not even have a language in common. While boats on the coast come from a nautical tradition, canal boats were the heirs to the horse and cart. A boatman was a haulier not a sailor. We had left and right, not port and starboard. Where there are galleys and heads, we have kitchens and toilets. My territory was 200 miles long and 40 foot wide, not based around a sea port or marina.

However, in general the procedures and systems worked well and with a little fiddling we could always find an analogous method where the “Yachty” model didn't work. A lot of hard work on the tow-paths, in the marinas and at Inland Boat Shows and Festivals was hugely enjoyable and led to success, despite the fact that we started at the beginning of a recession which I expected to last 2 or 3 years at most. In 2010 Neil and I negotiated an arrangement to take over brokerage on all BWML Marinas on my territory, as well as marinas in London, the Bristol area and Wales. That has now expanded so that the Boatshed Group handles brokerage in nearly all BWML marinas and many Boatshed coastal offices have developed considerable inland business. This makes Boatshed the largest inland brokerage in the UK.

In the beginning the market was almost exclusively leisure. The recession had two parallel effects, money for leisure boating became ever more scarce and living aboard became a popular way to live more cheaply, especially in London and the larger cities on the waterways. Our business became all about live-aboards, from the cheap project boat to the £200,000 Dutch Barge. Now the leisure boaters are back in the market and we serve both areas almost equally.

The attraction of cheap living is obvious, but in the end it is the lifestyle which attracts the true boater, inland or at sea. For us it is the slow pace, the ever changing scenery and the infinite variety of the different waterways. For some it is the magnificent engineering of both the past and present. One of the oldest working canals, the Wey Navigation was opened in 1653, since then many magnificent aqueducts and flights of locks have been designed by geniuses such as Thomas Telford and James Brindley and many of them are there for us to admire today. The Anderton boat lift and the Foxton inclined plane were engineering marvels not equalled until the arrival of the Falkirk Wheel to celebrate the Millennium. For others it is the extraordinary closeness to wildlife or the amazing canal artwork. Programs such as those featuring Tim West and Pru Scales have also brought the canals to a wider audience.

There is also a sense of community among boaters. As we move along the canals we can moor up almost anywhere we like for up to two weeks at a time. Boaters cruising the waterways tend to meet up ad hoc at interesting locations and it is easy to make new friends and have, as the Scots put it, ‘a brew and a blether’. There are also many more organised Boat Meets and Festivals. These can be a great place for would be boaters to find out a bit more about the lifestyle before buying a boat,

One of the things that makes Boatshed Grand Union work is that both myself and Jan, our head broker, are dyed-in-the-wool boaters. We own boats, we live on boats and work on boats. We love to cruise and we love to “play” boats. At work, we are both RYA Instructors and Licensed MCA Boatmasters. In our brokerage we love to match the right boat to the right buyer, to help and give advice. For customers new to boating we can train them and continue to help and advise as they start their waterways adventures.

Our boats for sale range from a Yacht with a mooring in central London, through Narrowboats, Wide-beams and Dutch Barges to a very affordable little Dutch Day-boat. And just like any other Boatshed Brokerage, inland or coastal, we have experts ready to help you find the right boat for you. We also continue the great tradition of Fizz at Five, but at our festivals its Fizz at Six, because canal boaters like to go slow and relax. 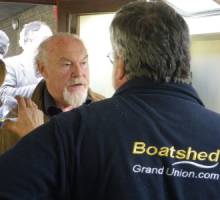 Tim West & Pru Scales with me 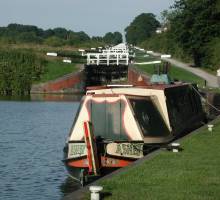 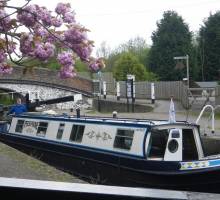 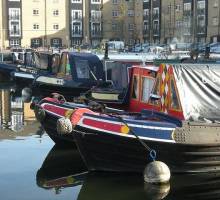