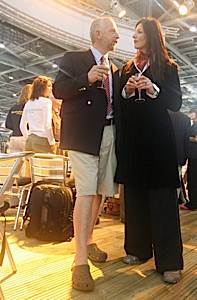 Neil and Mandy Chapman raising a glass to Boatshed.com

The London Boat Show is on, Boatshed.com is out in force and we have already made sure we have visited the largest boat on display, had a hug with the famous announcer and even taken over somebody else's champagne bar to hold an impromptu Fizz @ Five session.

As Boatshed.com toasts the opening of their 54th office on the occasion of the 54th London Boat Show, we thought it only fitting to take in a bit of the atmosphere. With huge thanks to the Sunseeker team, we visited the Sunseeker 37 Metre and took in some of the stunning scenery of the London waterfront while we were bathed in pink light. Afterwards, brokers from all over the UK joined Neil and Mandy Chapman at the Sunseeker champagne bar because 5pm never seems the same without something fizzy alongside our famous blue and yellow branding!

Boatshed.com also took a trip to the lifeboat from Salcombe as well as celebrating with the extended RNLI team to celebrate the most referrals of customers under the RNLI Ambassador scheme. Boatshed.com has surpassed all expectations with over 170 happy customers not only buying the boat they wanted but also receiving complimentary RNLI Offshore Membership as well (our brokers have made 94% of the referrals to the RNLI since the scheme began).

The announcements at the London Boat Show are sponsored by Boatshed.com so we took a glass of fizz to the announcer, Alan Lambourn to help lubricate his vocal chords and ensure that his evening ran smoothly. We think he appreciated the gesture!

Thank you as ever to our long suffering photographer, Tim Talbot-Johnstone, to the guys from Abersoch Land & Sea who let us use a Cranchi Atlantique 50 for a shoot and to Leading Rate "Nobby" Clark from HMS Exeter who gave us a personal tour.

The Boat Show is on until Sunday 27th January www.londonboatshow.com 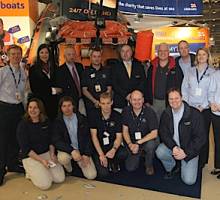 Boatshed.com and the RNLI crew celebrate together 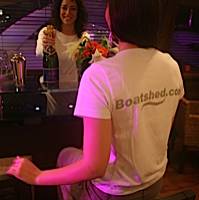 Such a glam lifestyle with Boatshed.com 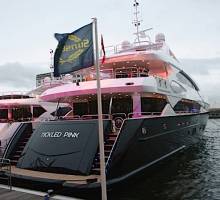 The biggest boat at the London Boat Show this year (not counting the warship!) 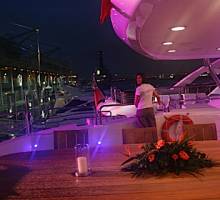 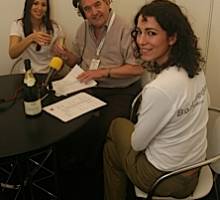 Alan Lambourn shows us how it is done 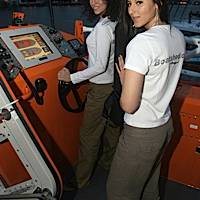 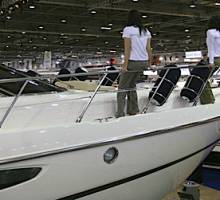 Taking in the sights from the Cranchi 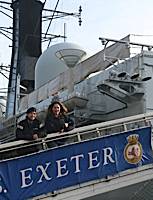 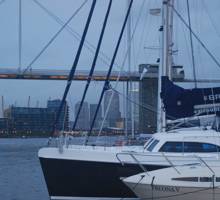