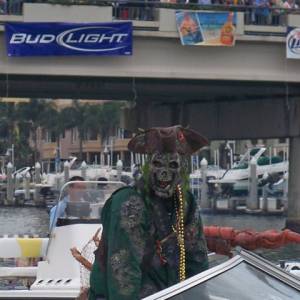 Pirates take over the City of Tampa.

Jose Gaspar, the most feared Pirate of the Florida waters came to town for the annual Gasparilla Parade this weekend in Tampa, Florida. Having plundered the local waters in the early 1800’s a tradition was started in 1904 with a huge three-day festival, held in January.

It is one of the countries largest and most unique outdoor celebrations. The celebration begins when the massive black-hulled pirate ship, "Jose Gasparilla", invades Tampa. The ship measures 165 feet length with three 100-foot masts, and is the only fully rigged pirate ship in the world.

With pirate flags flying and cannons thundering, the ship and its crew of 700 is towed by tugs along Hillsborough Bay followed by hundreds of participating boats. The Captain and his crew debark and capture the city - with very little resistance - and then share their wealth in unpirately fashion by throwing doubloons and beads to the crowds.

Never wanting to miss a party or some fun PR opportunities, Boatshed took to the water’s to join the flotilla with Scott and Erik from Boatshed Florida. “It was some crazy fun out there this year” said Scott from Boatshed Florida.com. Boatshed T shirts, Boatshed branded yellow stress balls and beads were given out to hundreds of boaters and spectators at this great event.

The beer was flowing too so rather than write with a hangover, a picture tells a thousand words, so enjoy: 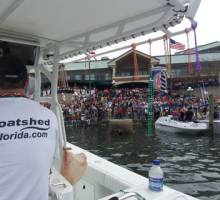 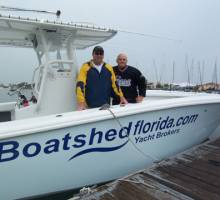 Lets go, come on the party has started 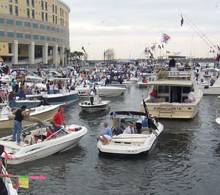 Lets see just how close we can get? 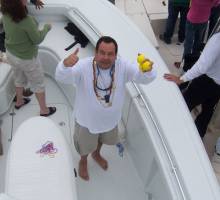 The only Englishman here! 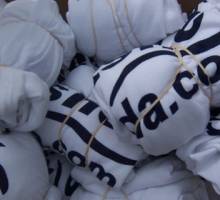 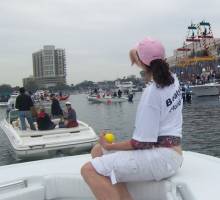 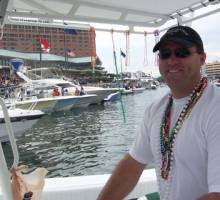 Scott, our non drinking captain, thanks. 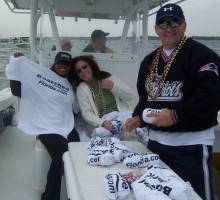 Get those shirts ready guys.... 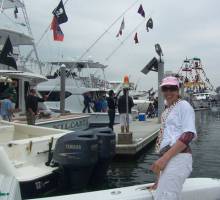 How much fun is Boatshed?