Sail, Power and Watersports Show and BoatBid - a formidable team 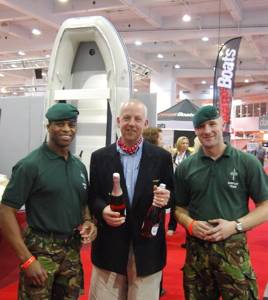 Neil Chapman, MD, thanks the Royal Marine Commando Display Team for their help

Day three of the Sail, Power and Watersports Show ended in celebratory fashion with a combined Fizz @ Five, Royal Marine Commando Display and live music on the main stage. The event was attended by hundreds of visitors and exhibitors and entertainment was provided by 8 burly young men throwing themselves around in an unarmed combat display.

James Brooke, MD of the Sail, Power and Watersports Show team mingled with wakeboarders, BoatBidders, Royal Marines, guys from the UKSA, many of the RNLI team and boating enthusiasts from all over the UK as we celebrated the third successful day of the world's biggest boat auction.

Neil Chapman, MD of Boatshed, provided an update saying "the bids really are coming in fast and furiously with lots of interested parties successfully using the online BoatBid auction as a way of putting forward their best offers on the vessels they are interested in. Also of course lots of the people who are drawn in by the auction also take time to look around the Boatshed system as well and we are finding that many of them are expressing interest in one of our 2,900 boats. All in all, we have had nothing but enthusiasm for the BoatBid system - from visitors, exhibitors and the marine industry alike. And of course it is great to see so many people at the Show coming to see us for Fizz @ Five each night - always a good party."

The team also took 10 minutes to visit Jonah the Whale, a 66 foot chemically preserved Baleen Whale on show at Earls Court. We won't tell you any more so as not to ruin the effect when you see it yourself!

The weekend promises lots more entertainment so get on down to Earls Court - see you there! 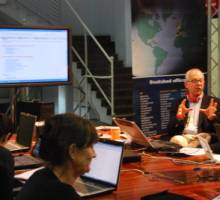 Hard at work on the BoatBid stand 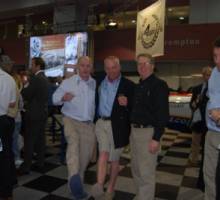 Boaters share a love of waterproof footwear (Paul from Oceanworld, Neil Chapman and Kurt from BoatBid) 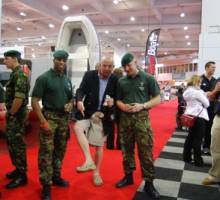 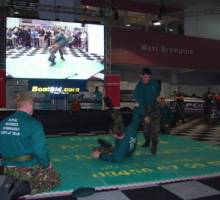 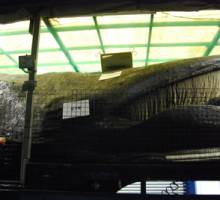 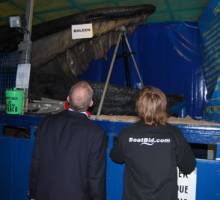 &quot;Wonder how much the auction starting price on this is then?&quot;