Boatshed is putting out a plea! If anyone out there has any old sails that they would like to donate to a very good cause, then we would be most grateful.

A small nursery in Somerset has a great garden which, in the summer, is populated by about 60 children. The government has issued a national decree that children should learn outdoors as much has possible which means that the garden must be used daily in the winter too - to help the children to learn about trees growing, the weather changing and the elements. However, the children currently get very wet as they draw their pictures and they could do with some shelter.

It was decided by the staff that as one of the topics for the coming year was boats and all things nautical, that using old sails as cover between the building and the fence would be perfect. And Boatshed has stepped in, picked up the baton, got the bit between their teeth (usual Boatshed behaviour) to see whether we can rustle up some old sails from all our friends out there.

Developing an interest in boating amongst youngsters is an important part of working in the marine industry and Boatshed is keen to encourage even the smallest sailors. The yacht brokerage group already work with training establishments such as OnDeck and UKSA but if we can get them enthused at an even younger age, so much the better!

Would you mind letting us know? Please do drop an email to wolf@boatshed.com if you can help. And stop the wails of the children as the rain pours down......

PS Free transport provided (as long as you in the UK!) 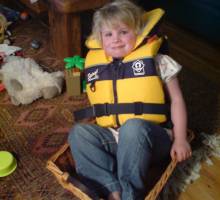 The boat she has chosen is slightly small but she's got the safety element taped! 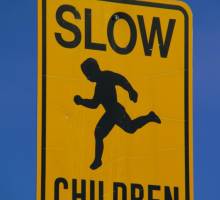